You had 4 Years Dude!


The White house Disabilities page has been down for four years, it disappeared just minutes after #45 took his “oath”. We should at least give the #45 Admin. credit for two Bills that were past. The first Bill had to do with Education, it stated that every student in Special Ed. was entitle to an IEP and it had to be implemented that school year. The other Bill allowed family members to be PCAs.

Are two major Bills enough to call this Administration a success for the Disability Community, I think not. Really this Admin. has set the Disability movement back decades. The two major threats were the weakening of the ADA and anytime you talk about Medicare cuts, you threaten to take away our independence.

We can be full of hope and anticipation for the new the Administration, but only time will tell. They might be facing more scrutiny since they have 3 offices loaded in our favor. 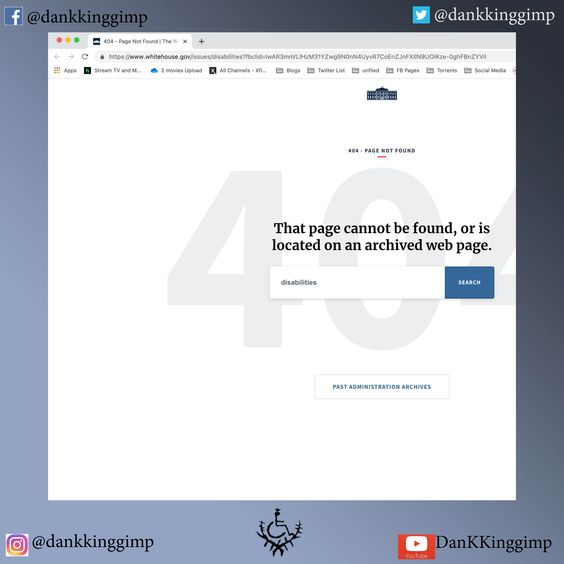