Not that I endorse, or would jump on the band wagon for this type of thing. I think it is more of a responsibility to keep myself informed of these things, especially as technology and medicine make advances. Also, the next generation of CPers may a different out look of dealing with there disability.
I do find it interesting that this group are using Stem Cells to "heal" the brain. If this is possible, this seems like a very long and expensive process. Just because the brain can be "reborn" does not mean it will automatically know how it should function?
I known I say, you are a student for life, but at what do you get off the tread mill to be comfortable in life?
Posted by Dan K Kinggimp at 8:38 AM No comments:

Is Inclusive Education the same as Special Education?

Special Education- noun. The definition of special education is a form of learning provided to students with exceptional needs, such as students with learning disabilities or mental challenges.
https://teach.com/become/what-can-i-teach/special-education/

Inclusion Education- The term inclusion captures, in one word, an all-embracing societal ideology. Regarding individuals with disabilities and special education, inclusion secures opportunities for students with disabilities to learn alongside their non-disabled peers in general education classrooms.
http://www.inclusionbc.org/…/inclu…/what-inclusive-education
Posted by Dan K Kinggimp at 11:29 AM No comments: 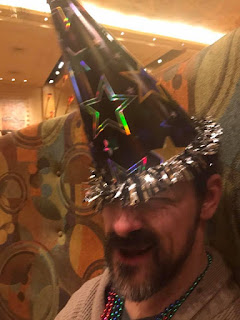 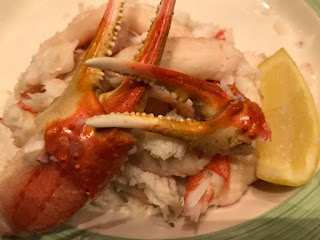 This was taken during our second hour of cracking shells, we were in no hurry. Daisy was just chilling, Wifey was happy having crab and Pho and I had a full stomach and drowning me cold with hot tea. That was a good Birthday to me, then I was ready to come home and succumb to a flipping cold.
Posted by Dan K Kinggimp at 11:36 AM No comments:

The Conflicts of Sexuality and Disabilities

Since NPR's Investigation Finds Hidden Epidemic Of Sexual Assault, I am all for sex education for People With Disabilities. It needs to fit on the intellectual leval of that person. This might be a double edge sword, because sex can be bliss and frustrating at the same time.
I recently had a conversation with a young friend, he had many questions. For example, do regret waiting until you old was older to become active?
No, once you have an apple, you want the orchard.
Why didn't you and a friend....?
Anybody can have sex, but can anybody be friends?
On flip side sex education creates awareness, against sexual assault. When you know how something should be, it brings awareness when it is wrong. It seems that sexuality is still taboo in the Disability community and the only time it becomes a topic of conversation is for the wrong reasons.
Conceptual Artwork is a photograph by Stephen Wood
#sexuality #disabilities #sexualassault
Posted by Dan K Kinggimp at 8:46 AM No comments: