Jan, 17,
Parents of Kids With Disabilities Are Hard to Get Along With 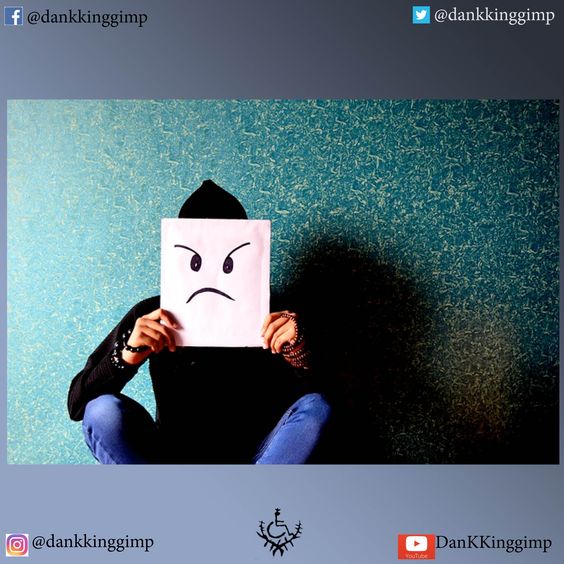 Posted by Dan K Kinggimp at 6:26 AM No comments:

Originally Posted November 18, 2015
I have been asked by Autism Speaks to post about what I am thankful for. Really that is a quite easy question to answer.

I am thankful for the networks that I developed in each stage of my life to help me achieved the successes. They range from being fully educated to having a thriving career as an Artist. With their help and believe in me, I have been able to show the world that people with disabilities can do anything that we want to.

I can still call the producers of King Gimp and tell them I am a bit stuck with something and we will figure it out. I can email my professor at Towson University for advice, or to get help on my latest projects.

Then you have the people as Smoot, Brianna, and countless others who support me during the studio madness. Most viewers look at my artwork and see what I created, but not the assistants who help in the studio. Sure they help with mixing paints, prepping the canvas, but also snacks and hydrations. Then there are the days that the magic is not happening, so we go do something ridiculous to recharge the creative batteries.

Although I will keep reaching for my next stage of life, there will always be a team of ninjas supporting me. 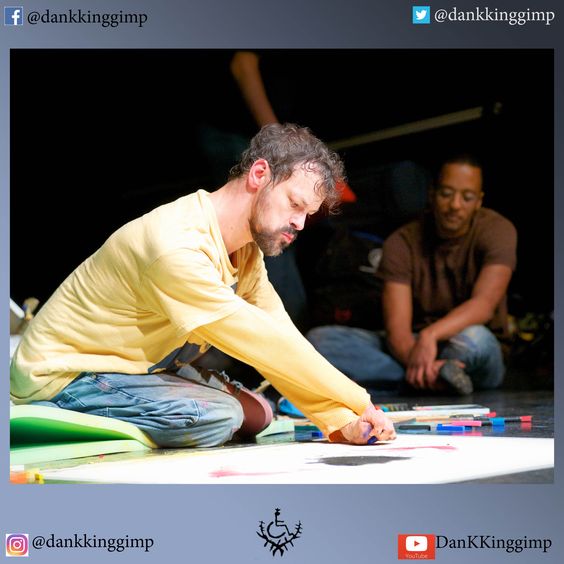 Posted by Dan K Kinggimp at 6:33 AM No comments:


Nov. 20,
Maryland Developmental Disabilities Council and Maryland Works partner for the Fourth Round of TIP Grants.
The Council, in partnership with Maryland Works, funded seven service providers licensed by the Developmental Disabilities Administration to obtain customized technical assistance to improve services so more people with developmental disabilities are supported to obtain and keep the meaningful work they want in their communities, and to have meaningful days when not working.
The seven service providers that received funding are: Chesapeake Center, Chesterwye Center, CHI Center, Harford Center, St. Peter’s Adult Learning Center, Scott Key Center, and Star Community.
A total of 40 service providers have received technical assistance throughout the four rounds of Transforming and Improving Practices (TIP) grants.
To learn more about the Council’s current initiatives, please click here. 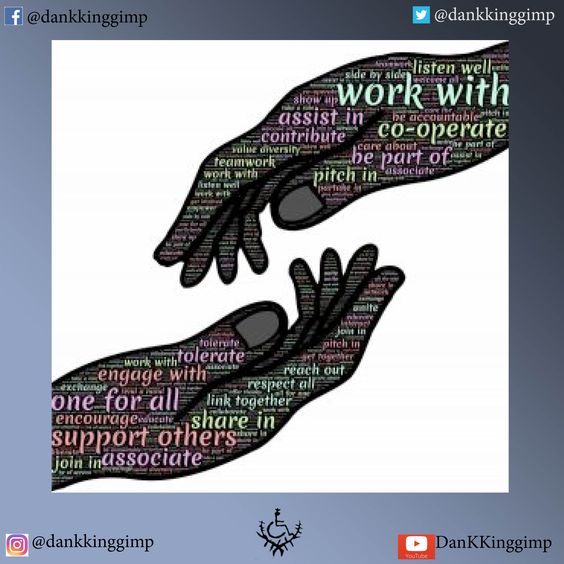 
My name is Dan Keplinger. I was born with Cerebral Palsy and I have been painting since I was 16 years of age. Many years ago (2000), I was the subject of an Academy Award winning film entitled King Gimp filmed by William A. Whiteford and Susan Hannah Hadary, and was written by me was made about my life. It showed my struggles, especially my desire to become an artist. I feel that my life with a disability and my mainstream education as an artist has allowed me to explore the disability visual culture from both vantage points, those of an insider and outsider.

I had my first gallery show at the Phyllis Kind Gallery in New York City in 2000. I have had two additional solo exhibitions since then at the same gallery. (Figure 1.) This portrait was done during my Senior year of high school, when I was experiencing a lot of turmoil, like most other teenagers. My first solo show consisted of mostly self-portraits, but they were done in away that was not expected from a person with a disability. They were dark and thought provoking; the viewer could see that I tapped into raw emotions. 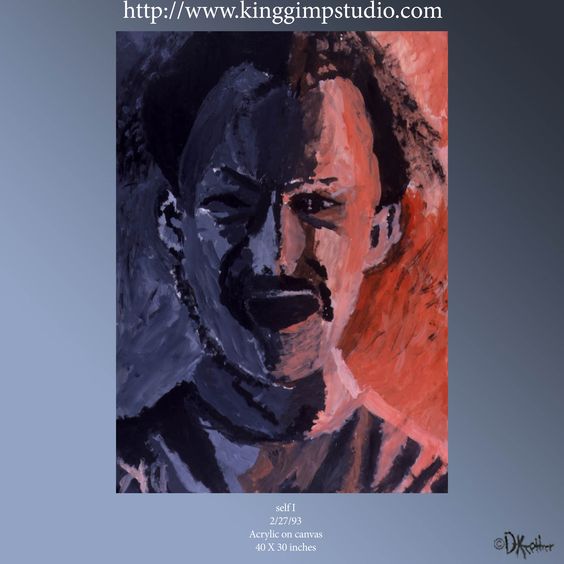 When installing this show, Phyllis took into account that I was in a wheelchair and that this fact would attract other wheelchair users to her gallery. So the paintings were hung at eye level for people in wheel chairs, rather than the usual 60 inch midline. Many people with disabilities came to see the exhibition.

A few years into my art career, I began to have problems with my feet that kept me from working on my art for weeks at a time. Since I produce my art kneeling on the floor, my podiatrist said a permanent solution would be foot surgery. I put it off until 2004 for fear that it would change, or end how I produce my work. However, this fear has led me to new imagery. I started to re-invent my visual vocabulary. For example, I began to morph my foot into the front wheel of my chair. My current work is comprised of both painting and printmaking and in these concurrent bodies of work I explore this new foot/chair iconography (Figure 2.). Also the idea of the places I cannot physically get to, would they be better places or not? 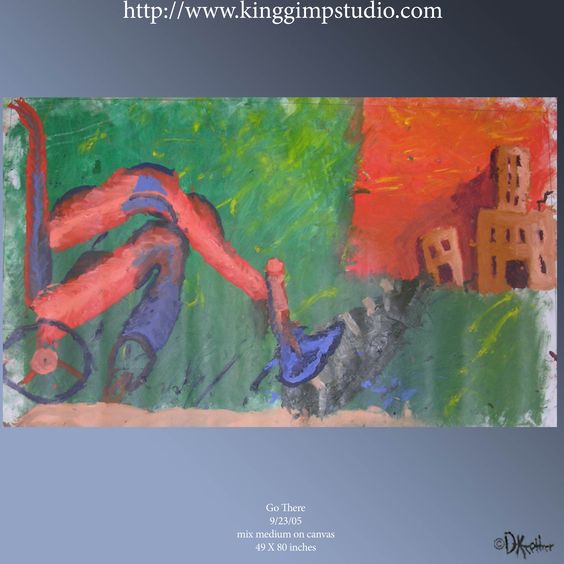 Also, during this time I had to switch to a new doctor who did not know anything about me, or my success. She suggested that I try drug therapy to help control my movement. I refused to take the medicine because it would not only have changed who I am but my artwork as well. I am happy with who I am and what I am able to accomplish. My ability, the way the world perceives me, and the unique way in which I produce my work are an integral part of my artistic identity and vocabulary.

My work is deeply personal. Everything I create is an attempt to convey my experience to the viewer. I want the viewer to understand my physical as well as psychological experience in the world. I might paint a wheelchair climbing a set of stairs in an attempt to reveal some of the physical barriers I encounter in everyday life. In other words, I incorporate the image of a chair, which I anthropomorphize by giving it hands and feet. This image is meant to impart some of the psychological aspects of my life. Most people upon first seeing me do not see me as an individual but rather see only my chair. Although my work is about my own experience, I feel that it deals with the challenges in life, which can be experienced by anyone, regardless of his or her physical or psychological realities. 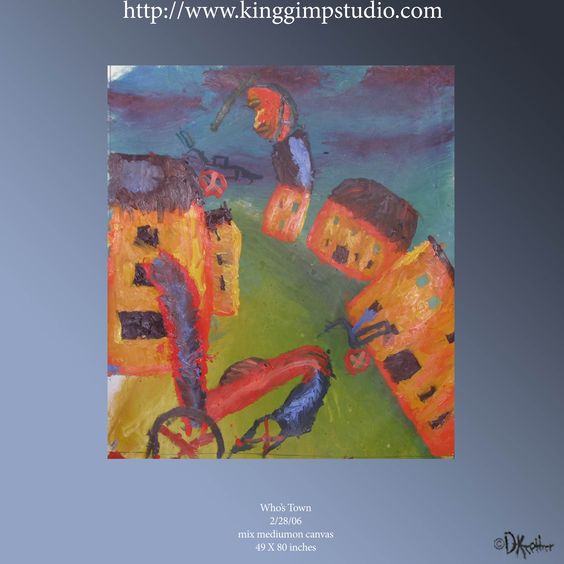 In the painting Who’s Town 2006 (figure3.), I become the architect of my own town, to make it more conforming to my needs. Everyone always talks about taking control of their lives, they should be disabled for a week. Then they would really get since of lack of control.

Posted by Dan K Kinggimp at 1:53 PM No comments:

Symbols, Symbols Every Where Symbols


The other week my friend asked me to help her think of some emojis kids could design during class. Really it is ironic that we are going back to communicating as they did in the caveman days. I also thought about this blog I wrote a few years ago.
Sunday, March 10, 2013
Symbols, Symbols Every Where Symbols
The other day I was thinking how I always said I was born at the wrong time, because my life keeps getting a bit easier as the technology improves. Maybe the field of Speech Pathology was ahead of the rest of society. When I first started to use a communication board, they were hand drawn symbols with words on it, so other people knew what the symbol meant. As my vocabulary grew, they would just add another symbol to the board. 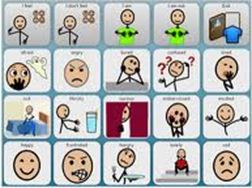 I find it interesting that most of the same communication symbols are in use today even thou that devices have become digital. This takes the fun away from watching your speech therapist messing around with the contact paper and getting the bubbles out of it. Do not forget the fading from repeated used or rearranging when adding new symbols. Out of the blue I came up with this phrase to add on my board, “You rabbit you”. Nobody could figure out where it came from, but a few years later, Mrs. Peterson found it. She did not say where she found it, maybe it came from Bugs Bunny.
The reason why I had these thoughts, it is that symbols have become mainstream vocabulary. All of our social sites are just known as symbols, or on any electric device a symbol opens an application. Talk about different worlds colliding! 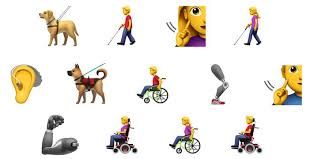 Posted by Dan K Kinggimp at 5:21 PM No comments:


Dec. 6,
My Husband Wasn’t My Savior. I Am.
When my husband decided he no longer wanted a wife with a disability, I was thrown into a struggle to rebuild my life.
No matter what this is always in the back of the mind, although your both say the disability is at the bottom on the list of problems. 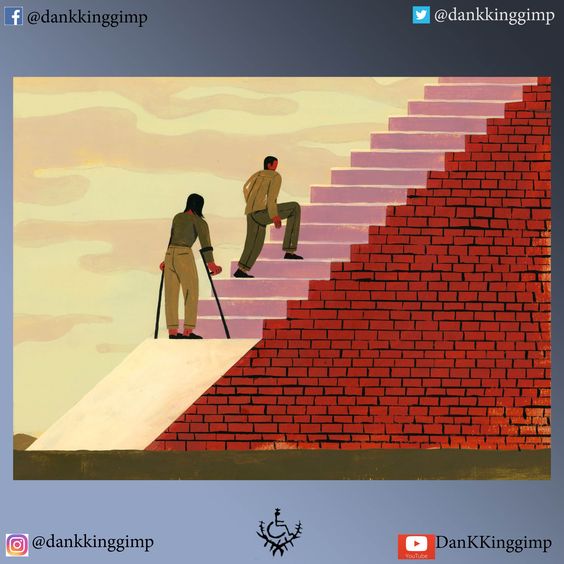 Sept. 19
As a disabled woman, my abortion wasn’t questioned—but my pregnancy was 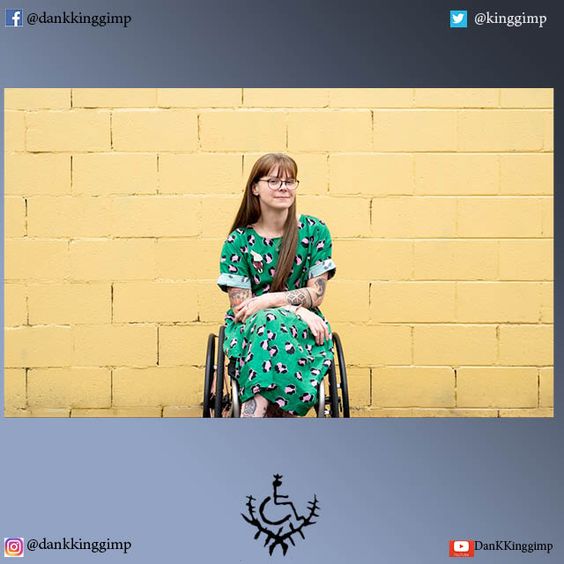 Sept. 19
We Need to Re-Evaluate Treatment of Cerebral Palsy in Adults
I used to not sleep well, but that changed 15 years ago when I met Dena. One would think it would be opposite worrying about hitting her in our sleep, it has been the reverse. As I get older, I am the sorest after a night of sleep, maybe from being in the same position for so long. I don’t like to take medicine since most of I time it does not do much. I do not wake up ready to conquer the world, but from my movement, being sore, or needing to go to the bathroom! 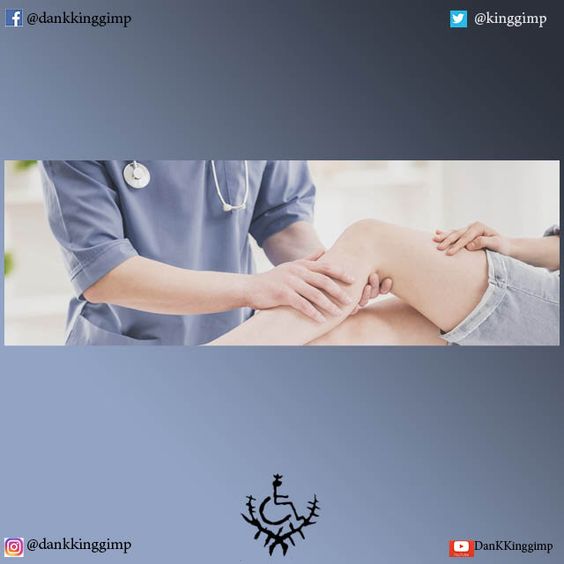 AUG. 2,
Mindset Matters: Thoughts On Disability As An Inspired Instrument For Leadership 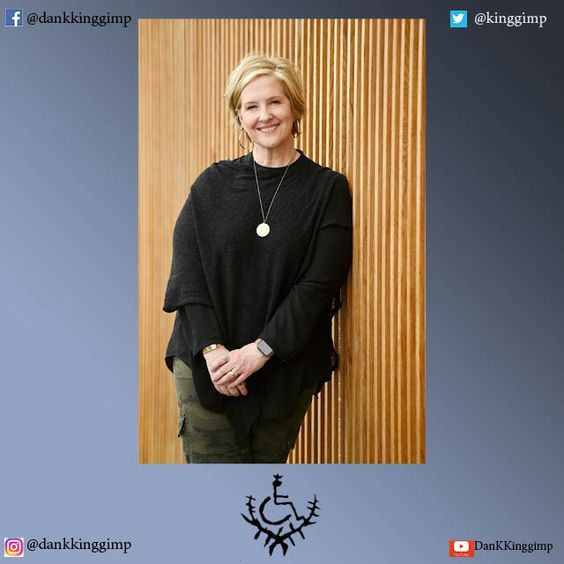 Posted by Dan K Kinggimp at 9:23 AM No comments: 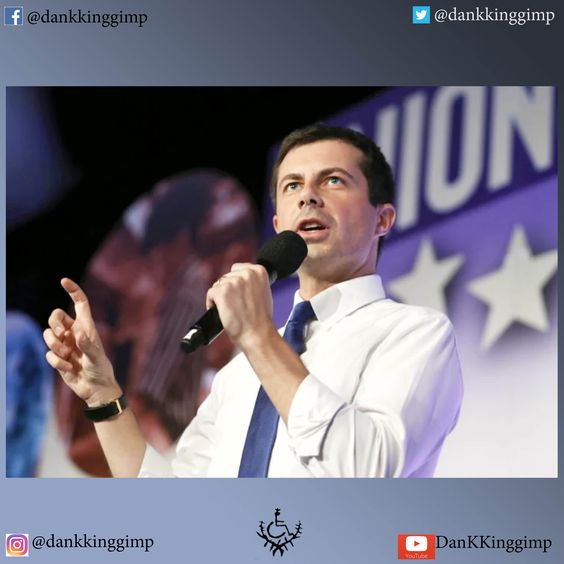 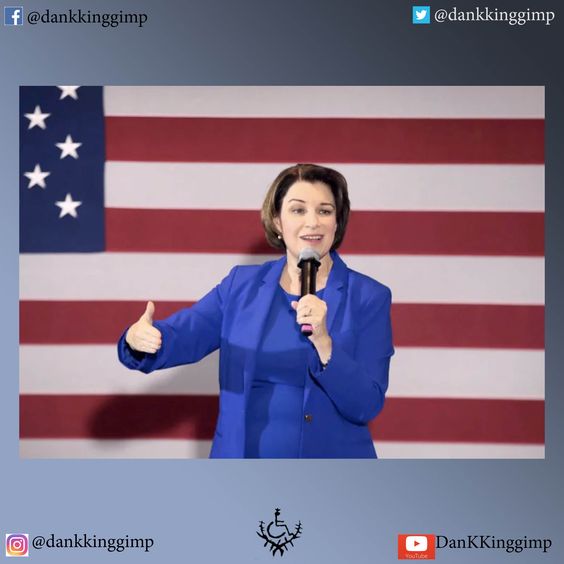 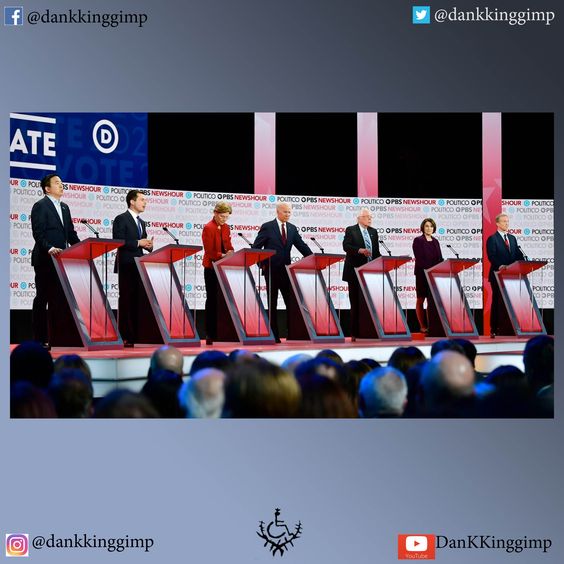 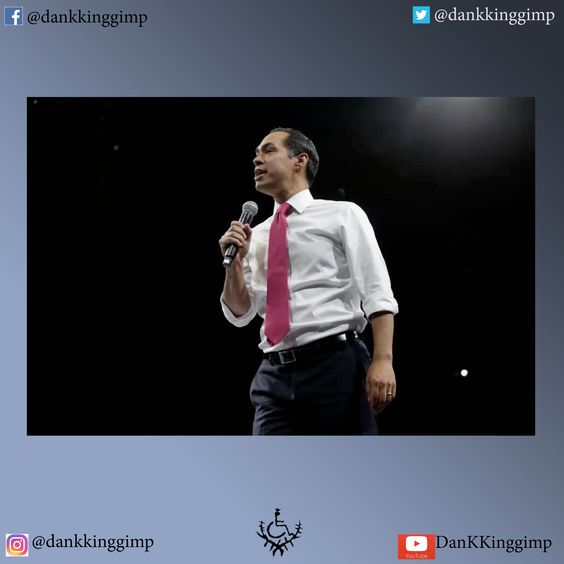 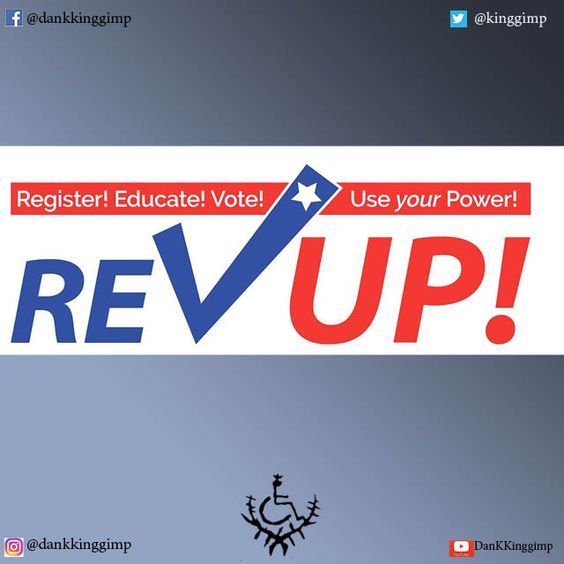 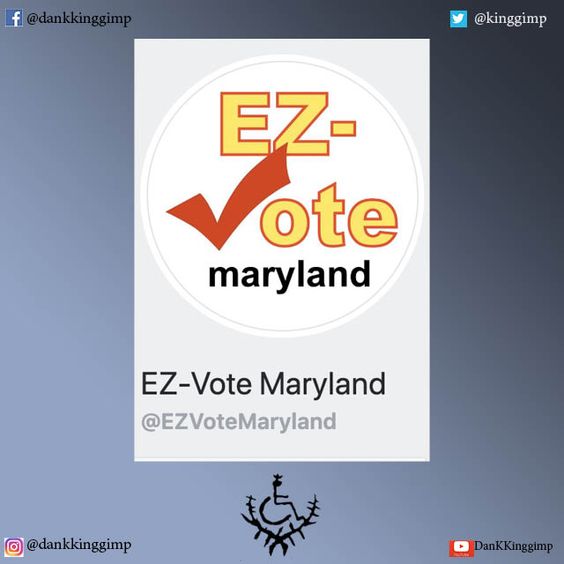 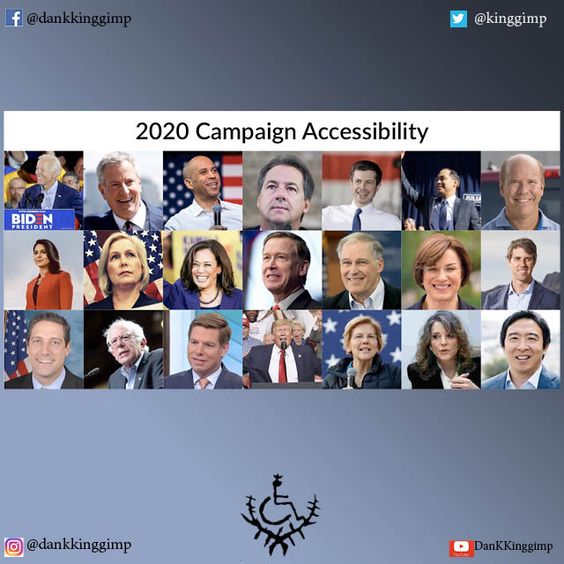 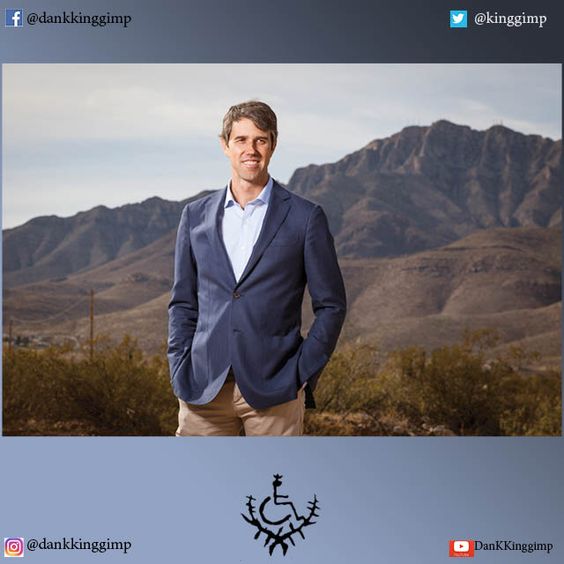 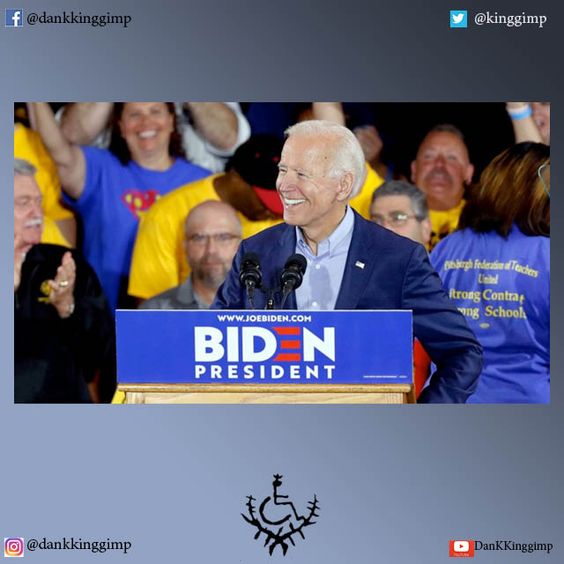 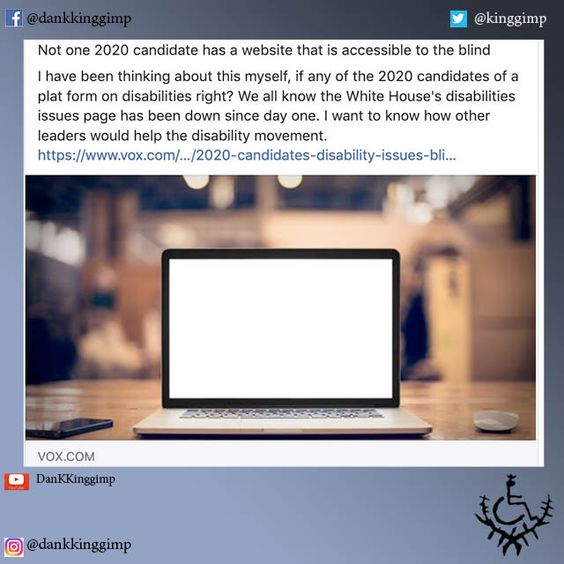